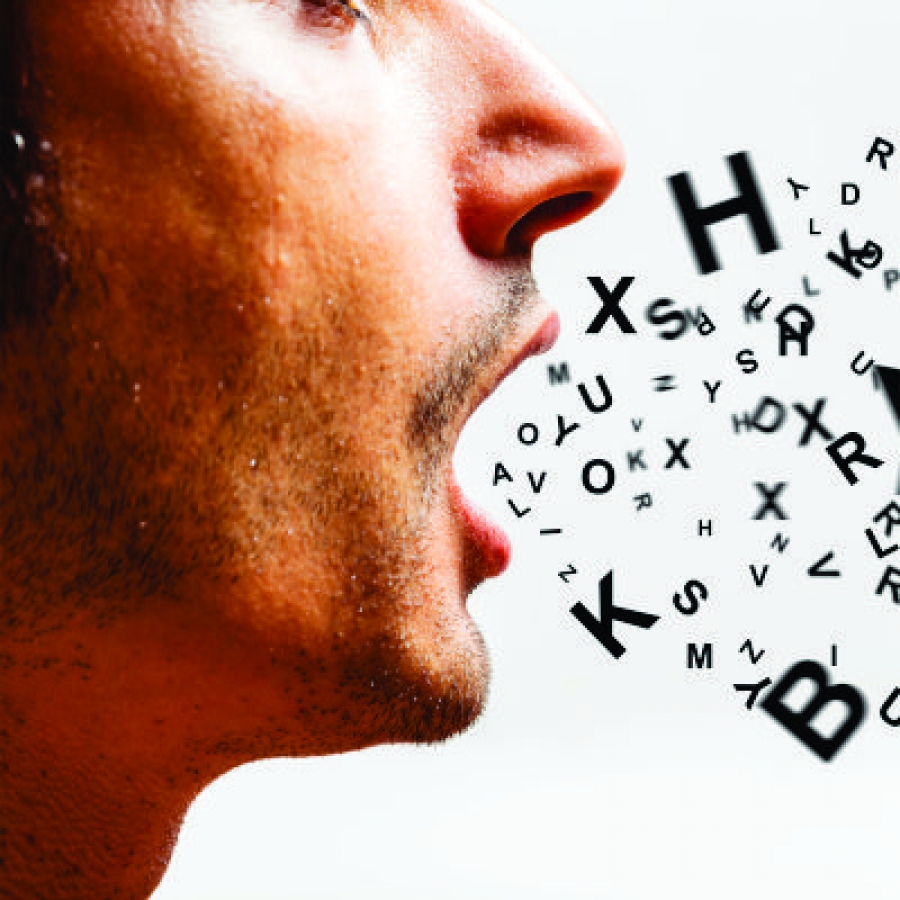 Stuttering is a spastic disorder of the coordination of respiratory, fonatory and articulatory motile, which involves a temporary stop of the eloquean and in caseslimits the mutiny  or  inability to the phonation lasting minutes. After aphasia, it is the most  frequent disorder of verbal communication.
His cause  is  unknown. Incidence is   4  to 7 times  more frequent in men than in women  and is an almost exclusive disorder of childhood age.
Stuttering develops mainly on psychological tachylalia, often in conjunction with a delay in language development.
The peak of stuttering events by age  is observed after entering compulsory school, probably due to a mental overload of the child. In special schools for children suffering from mental insufficiency or behavioural disorders, the presence of stuttering  is significantly higher than that of ordinary classes.
The stutterer begins the speech with a pause in air emission. Breathing and phonation  are not well coordinated. Often, during speech, a contracture of the abdominal muscles appears that prevents phonation. In long-standing stutterers a so-called inspiratory “boat belly” is frequently noticed.
There may be tonic interruptions (elevated muscle tension up to a real cramp in all muscle groups participating in breathing, phonation and articulation) or clonic repetitions (clones of sounds, syllables or sound and deaf words are distinguished. Clones of deaf sounds, such  as ttt   or kkk  etc. or tonic interruptions are pathognomonic).
There  may be a “forward thrust of the breath”: it appears for example before fricatives such as F and S (Sasso plays “S-ace”: the vocal cords remain tonedally fixed in the respiratory position), a “Breath elongation”: vowels or sound consonants are pulled long over time (for example: Beesounds like “Aaaape”: in this case the vocal cords are tonically motionless).
Inhaling  phonation (hiccup) is rarely present.
In the phenomena described above these are hyperkinetic motor discharges and in the laryngeal district hyperkinetic dysphony    can occasionally cause the appearance of nodules of the vocal cords.
The so-called involuntary and voluntary “associated movements” are evident. Movements of the head, neck and other tics are involuntary, for example: the so-called “alitation of the nasal fins “, that is, the movements of the nasal vestibule during speech. Voluntary movements of arms and legs, on the other hand, serve to counteract the blockage.
In the diagnosis of stuttering  it is essential to observe the symptoms described above, a complete ORL examination, an evaluation by means of the delayed listening of one’s voice (in this case the stutterer, unlike the tachylalic patient,improves hisown symptomatology), the simultaneous polygraphic recording of the eloquent.
In special cases  it is  useful to examine the auditory function with liminar tonal audiometric  examination and impedenzometric  examination with stapedial reflexiology, and an interdisciplinary consultation with the neurologist and psychologist.
The treatment of stuttering uses a global speech therapy including suggestion psychotherapy and autogenic training; Systematic exercises of breathing, phonation and articulation; Delayed auditory reaction coupling; Communication aids in everyday behavior (e.g. avoidance, masking, or discursive pauses).
In young children the therapy is based on vocal stimulation and advice to parents, avoiding corrections and articulation exercises and arriving at a possible change of environment.
The prognosis  in childhood and childhood is considerably  better than in adults. It  can be said that a third heals, a third improves and a third remains unchanged.
The prognosis  is bad in intellectual deficits and lack of collaboration.