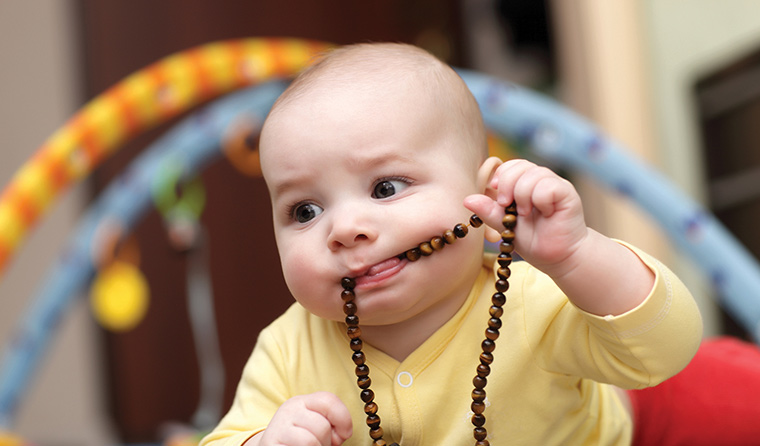 Inhalation of larynx-tracheo-bronchialforeign bodies occurs especially in children between1 and 5 years of age due to the habit of carrying all objects to the mouth. The nature of the foreign body  is  extremely variable. The adult can also  incur this inconvenience, as a result of a quick inhale (laughter, sneezing, etc.). This explains the penetration into the airways of food fragments, mobile dentures, nails, pins, pins, etc. held between the lips for professional reasons or for simple habit. Foreign bodies of a plant nature and food residues are still  the most  frequent.
The improvement of endoscopic extraction techniques has allowed the reduction of fatalities,  but prevention continues to be fundamental, especially in children.
Early diagnosis and treatment is important in order to prevent the foreign body from producing a total obstruction of the airways and therefore asphyxiation. Foreign bodies rarely stop in the larynx, generally get   stuck in the right bronco as these are larger than the left and form a smaller angle than the latter.

The inhalation of a foreign body is characterized from a clinical point of view by a feeling of suffocation, dry cough and wheezing. Dyspnea usually appears abruptly and is  proportional to the size of the foreign body, although it sometimes depends on the edema of the respiratory mucosa, produced by irritation. The strange  body stuck in the larynx produces inspiratory dyspnea, tirage,  unable to speak and cry. Characteristic  is the position taken by the patient, who is often extremely suffering and carries his hands to the anterior region of the neck. Subsequently pallor, cyanosis, tachycardia, soporous and death manifests itself.
The strange  body  in the trachea does not cause pain but a  hissing and asthmaticbreathing, the patient can talk and the dyspnea  is  exhaling. If, on the other hand, the foreign body reaches the bronchial tree, it does not produce pain and the clinic becomes evident when it completely occludes the bronchial light. Sometimes the foreign body  is small or does not oclude the light until, after a certain period of time, it does not cause irritation and edema of the mucous membrane. If  it is  a seed or plant material,  it can completely the light when it hydrates and swells. When the light is occluded,  it  can produce pneumonia, bronchiectasia, emphysema and unilateral distal atelectasias.

Radiological study is important, to know the nature of the foreign body (radioo opaque or radiotransparent), its shape and exact position. For this purpose, a simple X-ray in AP and LL of the inhaled/exhaled chest and an X-ray of the soft parts of the neck are performed, bearing in mind that in 35% of cases the foreign body is not seen radiographically. In some cases, if the foreign body moves, it can create a valve effect and   signs of pulmonary emphysema appear in the X-ray (lowering of the homolateral hemidiaphragm, displacement of mediastinal structures to the healthy side, horizontalization of the  ribs. After a certain period of time, signs of pneumonia and bronchiectasia appear.

The treatment of choice is  the early extraction of the foreign body by endoscopic technique, under conditions of maximum safety and always ready to carry out an emergency tracheotomy. In case of partial (non-urgent) obstructions, the patient is invited to cough, corticosteroids are administered in high doses to avoid edema of the mucous membrane and a planned extraction is prepared. In complete obstructions and in children over one year of age,  Heimlich’s maneuver is carried out immediately as often as enough to get the foreign body out or until the patient   loses consciousness. At this point  Heimlich’s  maneuver is repeated five more times and cardiopulmonary resuscitation is then passed.  Heimlich’s maneuver is to put himself behind the patient by hugging him at the abdominal base and placing his hands clenched at the level of the stomach. Suddenly they tighten their arms by implementing a simultaneous upward movement of the hands in order to make the patient carry out a forced extraction.
If the complete obstruction occurs in a child under one year of age, it will be placed either in a prone position, with the lower head of the body, giving some vigorous blows between the shoulder blades, or in a   supine position,   always with the lower head of the body, performing compressions on the lower third of the sternum, or placing the child upside down, lifting it by the feet and beating vigorously between the shoulder blades.  The planned extraction of the foreign body is carried out by means of
a rigid bronchoscope (preferable to the flexible one unless difficult to access) and in a local or general anesthetic.